They Live film retelling watch this video on YouYube! - https://www.youtube.com/watch?v=ivCLSPKAdU4 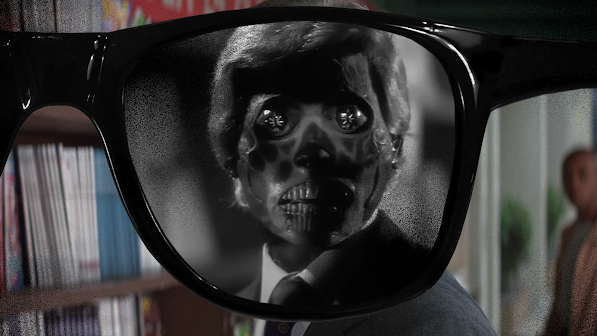 Hello friends, today I'm going to tell you about a 1988 science fiction film with a non-trivial and curious plot called They Live.

At the beginning of the film we are introduced to the main character, John, who arrives by train from Colorado to Los Angeles.

Driven by a desire to find a good job in the big city, John immediately sets out in search of housing and new opportunities, but not everything goes smoothly.

Attempting to find an official job was unsuccessful, and deciding to leave it until the next day, John sets out in search of an overnight stay.

Along the way, he encounters several strange phenomena that he does not yet pay much attention to.

Finally he finds a homeless shelter where he spends his first night.

The next day in search of at least some source of income John comes to the construction site, after negotiating the terms of employment, he gets a job, however, the money hero will be paid on Thursday, so the question of housing remains open.

John's displeasure about this is noticed by one of the workers, Frank, after which he offers to go with him to where there is hot food and showers.

At first dismissing Frank's words, John goes after him.

Frank introduces John to the locals of the camp, who greet him in a very friendly manner.

The heroes take a portion of food and ask each other about their past lives over dinner.

Frank also got out to the big city in search of work to provide for his wife and children, who remained in Detroit.

On the evening of the same day, while walking through the territory, John notices the locals, who are excitedly watching tv, but at one point the signal is interrupted by an unusual broadcast in which an unknown person tells them that they all live in an artificially created world and some beings are broadcasting a special signal throughout the planet that blocks critical thinking in the minds of people, then John witnesses another interesting scene when a blind man stands next to them and quotes the TV preacher, and soon he is taken to church by one of the campers, Gilbert, whom John had already met.

The next morning John tries to ask Gilbert what he was doing at the church so late at night, to which Gilbert replies that the church provides them with a kitchen to feed the homeless and he had to stay there to see that order was restored.

John, not believing Gilbert's words, decided to break into the church and check out what they were hiding inside.

He discovered a semblance of a laboratory and writings on the wall, as well as a tape recorder playing the sounds of a choir imitating church singing and concealing the true events taking place there.

Meanwhile, in the next room, Gilbert and his assistants, including the TV man, are again trying to hack the channel and air their tape, trying to reach as many viewers as possible.

John also finds a secret vault with many unmarked boxes, but decides to close it for now and leave.

That evening the police surrounded the church and the camp, heavy equipment demolished numerous tents, some people ran away in panic, others tried to confront people with guns but clearly unsuccessfully, behind the church the police beat up those who had not managed to escape, and only some survivors escaped by climbing to the top floor.

The next day John tries to find at least one survived box in the church ruins and finds it in the same hiding place, finding a safe place, he opens the find and finds a whole bunch of sunglasses, taking one pair, he hid the rest in a trash can, then decided to put them on and the world in his eyes instantly turned upside down.

Through the glasses, every advertising banner, magazine, and sign called for - obey, consume, watch TV, buy, and so on, the whole world became black and white, and some seemingly frightening people appeared in a completely different guise.

Walking into one of the stores along the way, John is dumbfounded to see ordinary people calmly interacting with those who, through their glasses, appear to be alien monsters.

As he approached the cash register, John did not hold back and insulted the woman, who was a creature, thus showing creatures like her that he could see them.

With a watch on their hands, the alien began to repeat - "here is the one who sees"- and described his appearance in detail.

John tries to escape, but was caught up by two police officers - the same alien creatures.

They try to convince him to join them, but John refuses, snatches their guns and kills them.

In an attempt to escape, John finds himself in a parking lot where he meets a girl, Holly, convinced through his glasses that she is a normal person, he hops in her car and orders her to go to her house.

At her house, he tries to explain to her what's going on and that the world looks different through the glasses, but Holly refuses to put the glasses on and as soon as he's distracted, she knocks him out with a glass bottle and pushes him out the window.

Then, John hears the approaching sounds of police signals and decides to hide behind the bridge John realizes that he alone is powerless against these creatures and decides to seek out Frank, but when he comes to Frank's work, he sends him away.

Then John meets Frank after work outside his rented apartment, John asks him to put on his glasses to see reality, but Frank flatly refuses, thinking that John has completely lost his mind.

Then John and Frank get into a fight, in the end, John puts his glasses on Frank, after which he is convinced of John's words.

The next day they meet Gilbert, who also wears glasses, and he tells them that there will be a meeting of sober visionaries in the evening to which he invites them.

In the evening they arrive at the appointed address, and there they are given modern lenses for their glasses and are told more about who these creatures are and what they need.

It turns out that they are really alien invaders, for whom the earth is only a temporary source of resources, they lured to their side the financial elite of the planet, allowing the richer, and in return, demanding total obedience.

Then Frank notices an alien watch on the table, which allows them to move in space and communicate with each other, he decides to take it.

Then Gilbert gathers everyone around him, he says that there are still not enough people to attack, but half of them say that it is necessary to act right now, the main thing is to find out where the source of their hypnotizing signal is, a clue about the location of the signal is given by Holly, who suddenly appears at the meeting.

But they are prevented from completing the meeting by a suddenly appeared police unit, which opens fire on the defeat, most of them are killed, but the main characters were able to escape and hide in one of the corridors of the streets, then Frank tries to understand the mechanism of the alien device, waiting to hear the negotiations of these creatures, he suddenly opens a portal, which is the only way out of the suddenly started shooting, so the main characters get to the alien base and are sent to meet the sounds coming from the end of the corridor.

Then they go to a banquet where one of the ordinary humans, recruited by the forces of space, says that soon the entire planet will be in their power, dedicating the Earth elite in the statistics of their success, then they meet a former resident of the camp, who also decided to join the aliens, he thought that they also defected to the invaders and so decided to give John and Frank a tour of the base.

Everything goes quietly until they reach the television studio, John slyly tries to enter by asking a new acquaintance to guide them in, but being refused, decides to enter by force through the studio, they get to the office, where they learn that the signal source that hides aliens from human eyes is coming from the roof, they are not immediately sent to the roof and on the way they meet Holly, John successfully reaches the roof, finding the very satellite transmitter that is transmitting the signal.

After Frank and Holly are summoned, only Holly shows up behind him, who turns out to be on the aliens' side and killed Frank before entering the roof, and now she asks John to surrender, but he refuses and kills Holly and then destroys the transmitter, after which John is shot from a helicopter, but as he dies, he laughingly shows the aliens the middle finger.

The film ends with a terrible truth being revealed to mankind, as everyone sees that they are among us.

Friends, thanks for watching, write in the comments what you think about this movie and do not forget to please support the likes and subscribe! 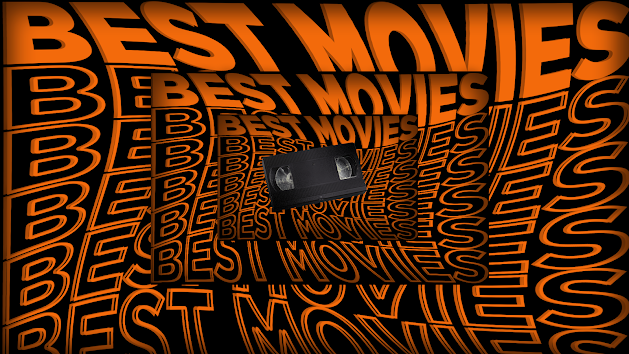 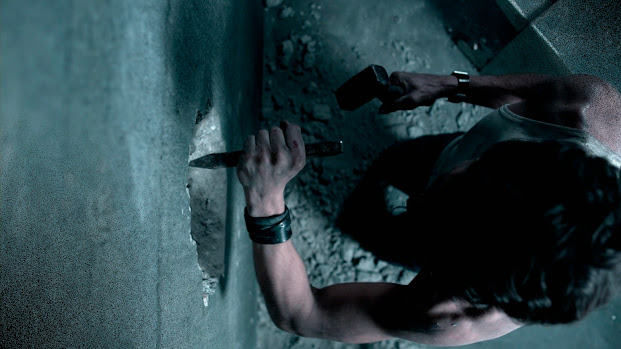 He woke up in a concrete room - Iron Doors film retelling